A.K.A. “My weirdness over this book is probably not for the reason you think it is…”

Forbidden left me with a lot of mixed feelings, not because I didn’t like the book (because I did), but because I wasn’t entirely comfortable with the way that it addressed certain issues – and, no, I’m not talking about the incest (at least, not for the most part).

So first of all, I should tell you (just in case you haven’t actually read the book) that the focal point of this book is an incestuous relationship between two siblings; a brother and sister aged 17 (18 towards the end) and 16, respectively. (And it’s set in the UK, which I think is important to mention, because the UK age of consent is 16, so they’re both of-age.)

I’ve seen a few reviews that criticise Forbidden as being a defence of incest, but I don’t think it is, precisely. I certainly think it’s meant to challenge its readers’ outlook on certain taboos (there’s even a scene in the book where Maya and her friend Francie talk about taboo relationships, and Maya comes to the conclusion that basically nothing is taboo anymore – except what she feels for Lochan), but there’s a lot more between Maya and Lochan than a broken taboo, so let’s talk about that.

My opinion on the incest taboo is that it is something that society has created in order to reduce the prevalence of children born with recessive genetic diseases. Historically speaking, incest isn’t that unusual, and was considered acceptable (though not between siblings) up to around the middle ages (as far as I can tell). Nowadays, however, most people find the thought of committing incest disgusting. For Lochan and Maya, this doesn’t seem to be an issue – due to their father’s absence and their mother’s near-abandonment, they don’t feel like siblings, but rather best friends, and substitute parents for their younger brothers and sister. They also acknowledge (if I remember correctly) that they can never have children together, even if they do manage to change their names and escape to a place where nobody knows they’re related.

So, fine so far. If these two things were the only issues presented with their relationship, then I don’t think I’d have had any problem with it – love is love, after all, as long as nobody’s getting hurt over it. Personally, I don’t have a problem with consensual incest (at least in fiction – I have thankfully never had reason to test my open-mindedness with a real-life situation…), but the keyword here is “consent”. Although Maya and Lochan both refer to their relationship as consensual, I don’t think that it’s portrayed that way.

My evidence? Every time they take a step to further their relationship, Maya is always the one pushing for it. Sure, they hold off at first, and Lochan is clearly jealous over her date with Nico, but it didn’t take long after they acknowledged their feelings for the whole book to start feeling like a constant repetition of this line from Maya:

“I thought we could at least touch each other. It doesn’t mean we would have gone any further.”

Lochan backs away; Maya pushes; Lochan gives in. And the more he gives in on little things, the more she pushes for, and of course, eventually they do end up going much further, even if it’s not on that particular occasion.

Just to be clear, I’m not saying that Lochan is necessarily a victim in this situation, as he certainly doesn’t need much persuading (especially later on in the book), but my main point (& conclusion) is this: How can any relationship that is founded on what can only generously be called dubious consent ever be considered truly consensual?

Anyway, if you feel differently, you’re welcome to contradict me in the comments. I’d be interested to hear what other people made of this book…

SOME LINKS FOR YOUR PERUSAL:

1) Forbidden on Goodreads
2) The history of incest on Wikipedia
3) “What is consent?” by Sexplanations on Youtube
4) “Awkward Conversations: Sex!” by tyrannosauruslexxx on Youtube 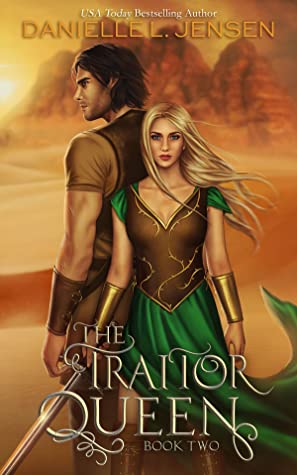 Happy #pridemonth everyone! 🌈 This took me a little while to put together because I’ve been scatterbrained recently, & because I couldn’t decide which books I wanted to include! 😅 But I’m pretty happy with this stack (& there’s only a few repeats from last year’s; I definitely need more queer books with colourful spines):
#currentlyreading The City of Brass by S.A. Chakraborty, & absolutely loving it! 🥰 The characters are all wonderful, & Daevabad & its people & its politics are fascinating! Where I’m up to, the two storylines have just converged, so it’s all getting very exciting! 😁
My wrap-up for May; I haven’t read so much in a month since I lived in China and had nothing else to entertain myself with… 😅 Featuring: a few books removed from my temporary-DNF pile, and an awful lot of comics & short stories!
My reading plans for June, and #whateverthon … or at least the start of them! 😁 I’ve pledged 7 books to team TBR Travellers, which will get me one full bingo board, but of course I’m hoping I’ll be able to read a lot more! 😋
Tweets by @nightjarreads