The next few months seem to be choc-a-bloc with great new books I could mention here… but in the interest of not letting this list go on forever, I’ve picked out a few that I’m most excited for, or intrigued by that will be released in September, October & November…

This might seem like an odd choice, since although I like Alexandra Bracken’s work, I’m not a die-hard fan… but something about The Dreadful Tale of Prosper Redding just sounds incredibly charming to me. It seems to be about an unremarkable boy from a family with a history of being anything but, who finds out one day that he’s sharing headspace with a demon. The impression I’m getting is a mix of Naruto and A Series of Unfortunate Events, which would make for an interesting combination! I’ll have to wait and see, however; the early reviews for this book have been somewhat mixed… Excitement level: 6/10

I only read my first one of Ann Leckie’s books recently (Ancillary Justice), but I was so blown away by it that I couldn’t help but add this to my “most anticipated” list as soon as I found out that it was going to be a thing… What I can tell about it so far: deep space and thievery. What I assume about it from my experience with Leckie’s writing thus far: complicated politics, rich world-building and great characters and plot. What I haven’t been able to discern: whether or not this is set in the same universe as the Imperial Radch books… 😓 So I likely won’t be picking it up until I’ve finished those books first (which will hopefully be very soon!). Excitement level: 8/10

The Prisoner of Azkaban has been out for years, of course, but Harry Potter fans (who seem to make up the majority of the world’s population) are bound to know already that Bloomsbury has been re-releasing new, beautifully-illustrated (by Jim Kay) editions of all the books… and this year is the turn of my favourite book in the series! The art for the last two books was amazing, so I can’t wait to see what this one will look like! 😆 Excitement level: 10/10 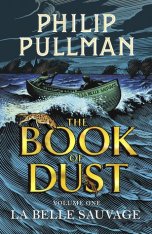 The first of the three-volume Book of Dust, which takes place in the His Dark Materials universe, though it follows a new set of characters. I don’t know much more about this book than that; I really don’t need to, as I am sure to buy it anyway, and I doubt very much that I won’t enjoy it. Like many others, I feel like I’ve been waiting for this book for years, so naturally, I’m very excited that it’s finally (almost) here! Excitement level: 10/10

It’s been so long since I read anything new from Tamora Pierce! So even though this seems to be a dossier-style book (along the lines of The Artemis Fowl Files or The Demigod Files), rather than a whole new novel, I will undoubtedly devour it. Hopefully, like the other two books I mentioned, there will also be a short story or two in the mix… Excitement level: 7/10