I’ve divided this post into two sections; the first for books that I bought myself, and the second for books that were Christmas presents. That second section, by the way, is almost twice as long as the first, because (amazingly) my book-buying ban (or “book-buying restriction”; I’m allowing myself to buy one book for every five that I read) is going really well at the moment! 😀 Anyway, here’s what I bought in the last two months: 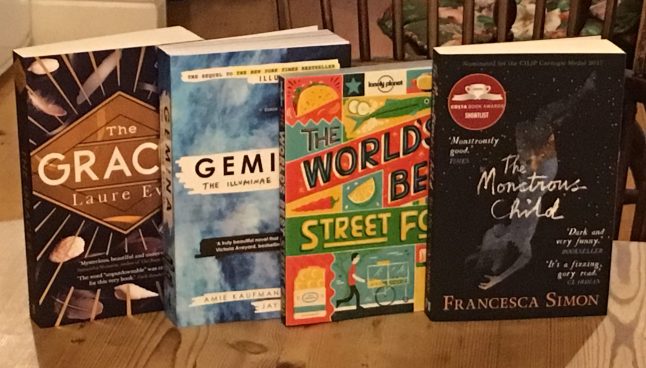 1) Gemina by Amie Kaufman & Jay Kristoff. The sequel to Illuminae, which I spent the whole of 2016 eagerly anticipating. This is another deep-space survival story told through IM transcripts and data logs and the like, but featuring two new protagonists – Hanna and Nik – and showing another aspect of the Kerenza incident that was documented in Illuminae. I read this book in December, so you can find my thoughts about it in my wrap-up for that month.

2) The World’s Best Street Food by Lonely Planet. Something in-between a cookbook and a guide book, this book was one of the books we had in our new products range at Oxfam this year, so I made sure to snap one up before they all sold out. I haven’t tried out any of the recipes yet, but the pictures are really beautiful, and I love that it includes information about the countries where all these interesting recipes come from.

3) The Monstrous Child by Francesca Simon. A re-telling of the tale of Hel, the Norse goddess of death, and Queen of the Underworld. I won’t lie, I mainly picked this book up because it had a really beautiful cover… but it also had an interesting premise. I read this book in December, too, so I’ve talked about it in the same post as Gemina, but I’m also hoping to post a full review of it in the not-so-distant future.

4) The Graces by Laure Eve. A Twilight-esque, but (deliberately) super-creepy story about a teenage girl who moves to a new town, and becomes caught up in the town’s fascination with a local family called the Graces – who are rumoured to be witches. Look out for a mini-review of this book soon, as I finished reading it a few days ago, and have a lot to say.

These next few books were Christmas presents from various (wonderful) friends and relatives! People don’t often give me books as presents, as it’s difficult to find things that I’ll definitely be interested in, but don’t already have, but everyone seemed to anticipate me really well this time around! I haven’t read any of these quite yet, but I’m super-excited for them all. XD 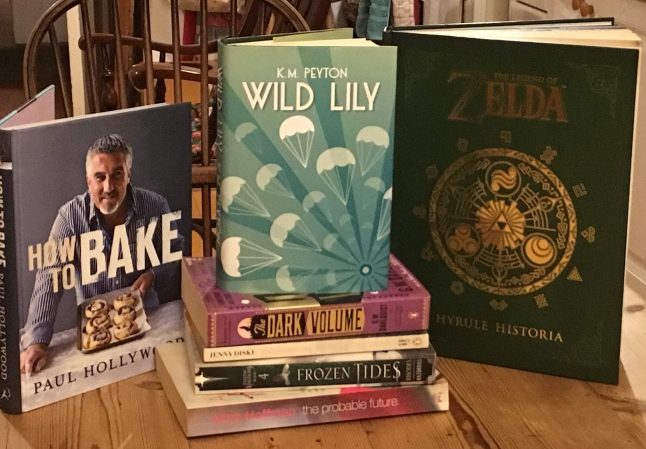 1) The Dark Volume by G.W. Dahlquist. The second book in Dahlquist’s The Glass Books series, which I know basically nothing about. I picked this book out for myself, & mysteriously found it in my stocking on Christmas morning ( 😉 ), but I will need to get hold of the first book in the series before I can read this one.

2) Hyrule Historia. A thing of beauty, given to me by my friend Chloë (from SSJTimeLord and Her Books), which is all about the history, art and making of the Legend of Zelda series of games. I’ve been wanting this book for so long, it’s kind of hard to believe that I finally have it in my hands… ❤

3) How to Bake by Paul Hollywood. Another beautiful book about bread, which was given to me by my parents. I’ve started making sourdough recently, and this book seems to have a lot of tips that I can learn from (and also some interesting new variations to try). 🙂

4) Wild Lily by K.M. Peyton. I’ve described this book a couple of times before as “a new book about aeroplanes from the author who first made me love aeroplanes”, and I don’t think there’s really any more that I can add to that, except that I’m really, really looking forward to it, and I really, really hope that it’s good. (I’m sure it is.) This wonderful book was a gift from my aunt and uncle, Lucy and Mark.

5) The Probable Future by Alice Hoffman. This book and the next were both from my other aunt and uncle, Catty & David, and they’re completely unknown to me. From reviews, I’ve managed to glean that this one is some kind of magical-realism mystery novel that focuses on the relationship between a mother and daughter… it definitely looks like it could be interesting.

6) Rainforest by Jenny Diski. I know even less about this book, but it did come with a recommendation from Catty, who apparently really enjoyed it. Neither this nor the last book really sound like things that I would’ve picked out for myself, but I am trying to branch out a bit in my reading this year, so hopefully they’ll both be good for that – and getting to try new kinds of books is part of the fun of receiving them as gifts!

7) Frozen Tides by Morgan Rhodes. Lastly, the fourth book in the Falling Kingdoms series, which was a present from my cousin Laila. 🙂 I’ve been waiting to read this for a long time now, as I didn’t want to buy it before it was out in paperback… and now I have it! (Possibly) Interesting trivia: Falling Kingdoms was one of the first books I read in 2016, and Rebel Spring (the sequel) was the first book I bought. It seems oddly fitting that the latest(-but-one) book in the series should be the last new book I received in the year. 😛 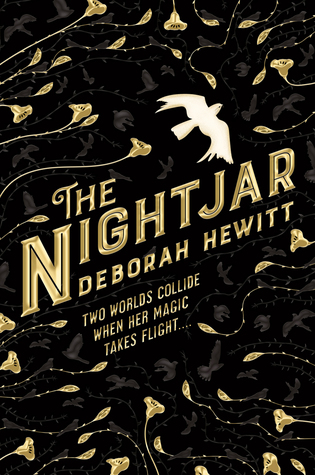